We are a small cattery located in the South of The Netherlands.
We made it our hobby to breed a beautiful cat species, the Bengal cat. Our goal is to breed beautiful and healthy bengals with excellent bloodlines and a loving character.

However, most important for us is the socialisation of our kittens. Our kittens are raised in a home environment and are not put in cages but can walk around freely in our home. In this manner our kittens will get used to every day things/noises such as the noise of the vacuum cleaner, television, radio and so on. The personalities of our kittens is the thing that matters most to us. We want for them to have friendly outgoing and loving personality. Therefore, we pay a lot of attention to our kittens and take care of them with a great deal of love. So when they will go to their new homes they will have the most loving and playful personalities.

Feel free to come and pay us a visit and have a look at the environment (see also Photos -> Environment) in which your kitten will grow up!

How it all started

Our passion for cats started when we had to take care of the older Siamese cat (Sheila) from my mother, because she got ill. When Sheila died, we found out that we had gotten so attached to him that it was very strange and sad to not have him around anymore..

at first we started to look for a new Siamese cat, but no cat looked like him.
Eventually my son spotted a Bengal litter on the internet and we fell in love with the species instantly.
So we made an appointment with the owners of this litter and agreed that we would only come to have a look at the kittens..

You will understand what happened next! We totally fell in love with the kittens and immediately chose a male Bengal kitten (Kenay), since we only wanted a little tiger / leopard cat to cuddle with. He was so sweet, affectionate, funny and had such a lovely and playful character, that after a year, we decided to start our own small cattery. First we decided to have a female breeder bengal.
Only a short while after that we saw another interesting female and soon we had our own cattery! 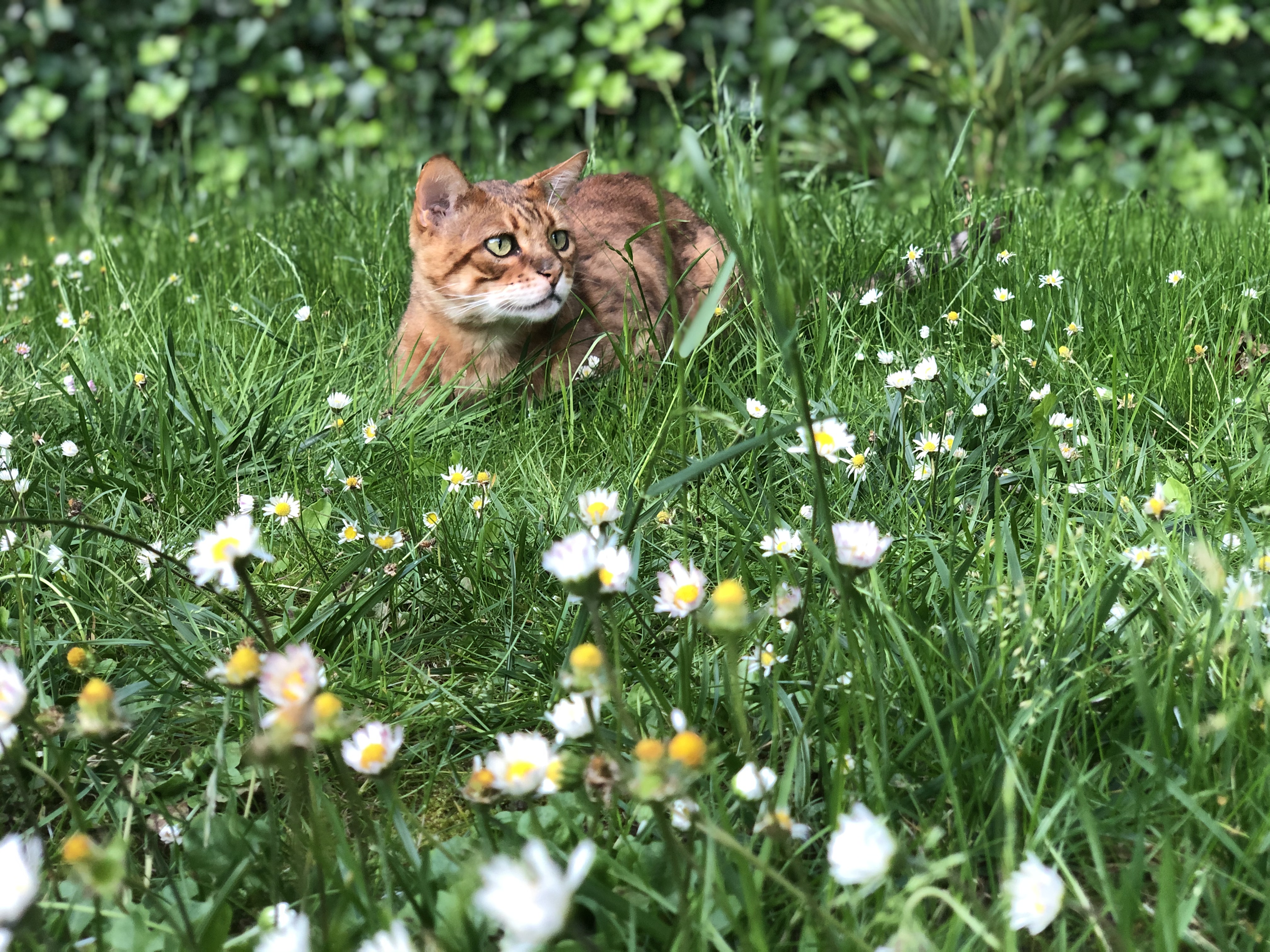